They can not always pollinate plants 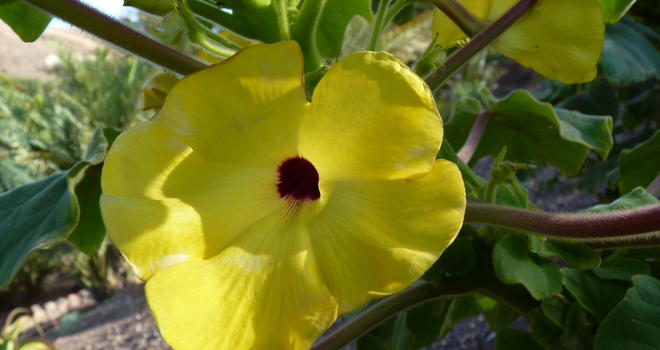 This week we talk about an interesting, broad and complex topic: pollination in plants.
It can occur in many different ways, who have written books about it. Pollination can be performed by various vectors: wind, water, insects, birds, bats, small rodents... and also by human beings! As usual, gardeners and nurserymen artificially pollinate flowers in order, especially, to get new varieties.
We are not an online encyclopedia, but what we want is that our followers might learn something, especially things little known and surprising in botany, to arouse your curiosity and perhaps encourage you to get more depth with these issues. But first of all we would like to refresh some concepts that we consider basic.
Pollination is the process by which plants flower pollen passes from the stamens (male part of the flower) to stigma, to fertilize the ovum contained in the ovary (female part of the flower) and thus give place the seeds. In many plants, the flowers have both stamens and stigma; in other species, there are male flowers and female flowers separated, even if they are on the same floor, and there is still a third group in which there are also separate male and female flowers, but are also found in different individuals. This is the case for example of the Canary Island date palm: palm trees are female, with dates, and other male, whose inflorescences only produce pollen. 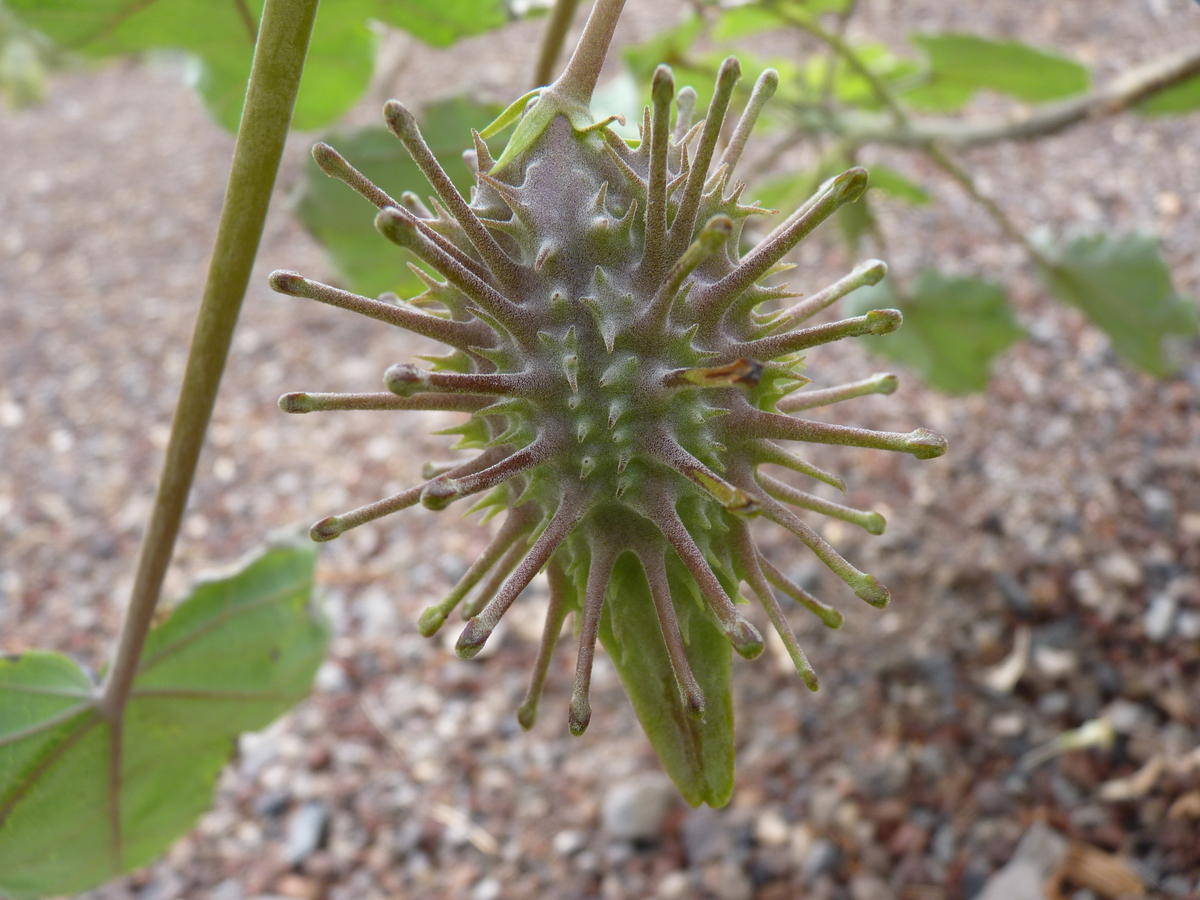 Do you want to meet an interesting plant that grows in our Botanical Garden Fuerteventura?
In Madagascar there is a group of very special and decorative plants, related sesame: the Uncarina. The flowers of these shrubs or small trees, of which there are 15 to 17 species are pollinated by a type of beetle that lives only where these plants grow. Moreover, the way that the fruit is also particularly curious disperse.
The Uncarina (take for example U.grandidieri, which can be seen in the botanical garden of Fuerteventura), have showy yellow flowers, white or purple. Born in large numbers in summer and arranged almost horizontally at the tips of the branches, so that the bottom forms a landing platform for the Beetle, which comes flying. Then, enter the flower tube and begins to bite to feed on the pollen stamens. But before passing through the stigma that fills much of the tube. And as in the head and back beetle takes some leftover pollen that his feast, by rubbing the stigma deposits there and the flower is pollinated. Is not that clever? 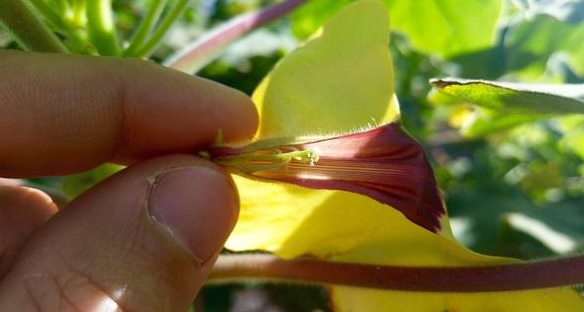 The fertilized flowers give some oval fruits that consist of two valves that close as a box. On the back of these valves there are plenty of peaks that carry tiny hooks, but very effective, as the beard of a fishhook. When mature, the leaflets with skewers become dry and harsh, and the hooks reach maximum effectiveness. If we put the finger between the skewers, it is difficult to get him back. Some biologists have established the theory that these very sticky fruits are designed to engage in the plumage of the huge elephant bird lived in Madagascar but carrying extinct centuries. Who scattered the fruits today? Perhaps some clueless lemur...
And the Canary Islands live beetles that pollinate the Uncarina, fruits and seeds for the need to hand pollinate. This we do in the Botanical Garden: he removed a flower petals, to access the interior, the apex of a yarn, which is Escacha Pollen and pollen placed on the stigma. It does not work in all but get enough seeds we use to reproduce the plant.
If you thought it's very interesting you've to follow us! We'll give you information to you this week and next about the pollination of plants!